Posted on October 28, 2020 by Stephanie in Creativity, Holidays, Spirit

Has Hallowe’en has become a bit stale? Typically a bit too full of plastic jack o’lanterns and skulls, over-produced costumes and absurd amounts of candy? For me, yes to both.

This Covid Halloween gives us a chance to shake things up a bit. Perhaps drop the regular expectations and play with something new. Goodness knows we’re all a bit more familiar with our dark sides than we were a year ago. 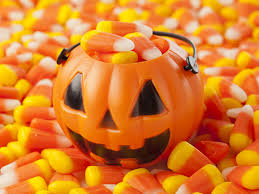 Drawing on threads from the rich, multi-layered history of Halloween, I offer some ways to enliven this Halloween whilst building relationship with yourself and having some fun.

Whilst this is certainly no watertight historical review, most sources I checked say Halloween’s origins include Celtic, Roman and Christian traditions threading back 2000+ years. Many sources link it originally to the Samhein festival of the Celts 2000 years ago. Samhein was a festival marking the end of Celtic year, the drawing in of the harvest at the end of summer and the beginning of winter.

Samhein (pronounces sow-in) represented the ultimate liminal transition. It was believed that on this day the souls of those who’d died that year travelled into the otherworld.  Other sources say the spirits of the dead came back to play tricks on the living. Regardless, the dead and the living interacted on this day more than any other.

Personally I love this. Rituals like these help us mortals make sense of the process of dying and living.  I also love it because it gives form to an exchange or relationship with the darker sides of our own natures. Possibly those we are more familiar with since the stress of covid has hit!

In Celtic times bonfires were lit to help the dead on their journey and keep them away from the living. The Celtic priests (Druids) were also able to make predictions about the future on this day, which they did during large bonfires where they wore animal skins and sacrificed crops to the spirits. 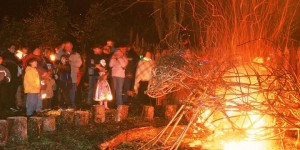 A Samhein bonfire in Scotland

It was believed that the souls of the dead were out along with fairies, witches and demons, so offerings of food and drink were left out to placate the souls.  People began dressing as these creatures performing antics in exchange for food and drink, a practice called “mumming”.  A playful way of relating indeed.

This “mumming” and another practice called “a’ soulin” where people begged for sweet breads or “soul cakes” in exchange for prayers for the families’ souls, may have laid the foundations for trick-or-treating. Except now there are notably no tricks. I’m bothered by this every year. Maybe it’s because I grew up in the UK where kids had to have a “trick” up their sleeve as they went out to trick-or-treat.  Now we better just get out the sugar because no one knows what to do with the dark side. Ahem. 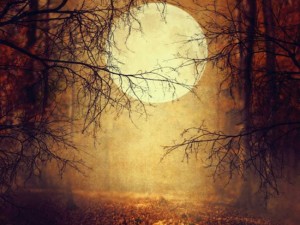 To continue with this make-shift history…
In early AD with the Roman invaders, Samhein was influenced by the Roman festival of Feralia – the Roman day to honour the dead. By 800AD the Catholic church, taking a “let’s focus on the light” side,  proclaimed “All Saints Day” to commemorate martyrs and saints on Nov 1st. The term “Hallowe’en” comes from “All Hallows Even” – the day before All Saints Day. Apparently then people who celebrated the “All Saints Day” version dressed up as saints or angels, and those who celebrated Samhein wore the animal skins. Later still men in Scotland would impersonate the dead on the day.

What I like about these stories is that there’s a direct engagement with the spirits or darker forces. A relationship. This is what I’m interested in helping you create.

Find the juice in Hallowe’en: some ideas

Take Idea 1 a step further and look at what might be in your unconscious shadow. The shadow in Jungian psychology refers to:

“(1) an unconscious aspect of the personality which the conscious ego does not identify in itself. Because one tends to reject or remain ignorant of the least desirable aspects of one’s personality, the shadow is largely negative, or (2) the entirety of the unconscious, i.e., everything of which a person is not fully conscious. There are, however, positive aspects which may also remain hidden in one’s shadow” (Wikipedia).

Here are some ideas of how to see your shadow. For more see the links below.

Idea 3: Who has died that you know of this year? Find a way to honour them and what they meant to you. Make a shrine in their honour

Sources
The History of Halloween, Huffington Post
The Fantasy and Folklore of All Hallows, The American Folklife Centre

This entry was posted in Creativity, Holidays, Spirit. Bookmark the permalink.